Microsoft to distribute its software to 35 million students for free

Microsoft harbors plans to provide key software to colleges and high schools free of charge in a move to let students get acquainted with the software of the computer giant. 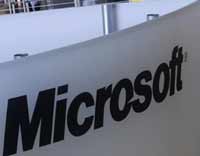 Microsoft to distribute its software to 35 million students for free

Microsoft is launching a special program, DreamSpark, within the scope of the initiative. The program will be launched worldwide. Microsoft has already begun to implement the program with colleges and high schools of several countries. The program is said to expand later this year.

Microsoft’s President Bill Gates said in a speech at Stanford University that DreamSpark was aimed to reach out to 35 million students living and studying in Belgium, China, Finland, France, Germany, Spain, the UK, the USA, Sweden and Switzerland.

Colleges and high schools will also have a possibility to access Microsoft’s Xbox development tools, the XNA Game Studio 2.0. They will also be offered to have a 12-month free membership to the XNA Creators Club.

Microsoft has often been described as having a developer-centric business culture. A great deal of time and money is spent each year on recruiting young university-trained software developers and on keeping them in the company. For example, while many software companies often place an entry-level software developer in a cubicle desk within a large office space filled with other cubicles, Microsoft assigns a private or semiprivate closed office to every developer or pair of developers. In addition, key decision makers at every level are either developers or former developers. In a sense, the software developers at Microsoft are considered the "stars" of the company in the same way that the sales staff at IBM are considered the "stars" of their company.