Americans who do not have insurance and those covered by Medicaid have more chances to be diagnosed with cancer than those U.S. citizens holding private insurance, a new study found. 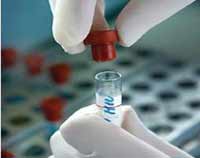 The research was conducted by the American Cancer Society across the nation. It revealed that blacks also ran higher risk of cancer diagnosis in their late stages. Specialists say that the strange disparity probably originates in the lack of medical literacy and an inadequate supply of providers in minor communities.

Previous studies conducted on the subject demonstrated a certain correlation between the insurance status and the stage of cancer diagnosis. The latest research examined major cancer types nationally with the current data. The National Cancer Data Base started to collect information about insurance in the late 1990s to have an in-depth look into cases of 3.7 million patients who had received cancer diagnoses from 1998 to 2004.

The most considerable disparity was found in cancers that could be diagnosed at early stages with the help of standard screening: breast cancer, lung, cancer, colon cancer and melanoma. Uninsured patients for each of those cancers were 2 to 3 times more likely to receive diagnosis in Stage 3 or Stage 4 rather than Stage 1.

When comparing blacks to whites, the disparities in late-stage diagnosis were statistically significant for 10 of the 12 cancers. Hispanics also had a higher risk but less so than blacks, The New York Times reports.

The Society is organized into 13 geographical divisions of both medical and lay volunteers operating in more than 3,400 offices throughout the United States and Puerto Rico. The National Home Office is located in Atlanta, Georgia.

The Society was originally founded in 1913 by 15 physicians and businessmen in New York City under the name American Society for the Control of Cancer (ASCC). The current name was adopted in 1945.

The sword symbol, adopted by the American Cancer Society in 1928, was designed by George E. Durant of Brooklyn, New York. According to Durant, the two serpents forming the handle represent the scientific and medical focus of the Society’s mission and the blade expresses the “crusading spirit of the cancer control movement."

Its activities include providing grants to researchers, running public health advertising campaigns, and organizing projects such as the Relay For Life, Great American Smokeout, Making Strides Against Breast Cancer, and Daffodil Days.

Among its notable endorsements is the Hopkins 4K for Cancer, a 4000-mile bike ride from Baltimore to San Francisco to raise money for cancer patients.