The Harvard School of Public Health and Harris Interactive have conducted a poll over the issue of Socialized Medicine. More than 2,000 people were asked their opinion about this kind of health care. The results are dubious. 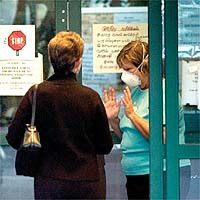 First of all, about 67% of the questioned had a good notion of the term, about 30 were not quite sure of the right meaning, and the rest just didn't know or didn't answer that question.

Actually, socialized medicine is a term primarily used in the United States to refer to certain kinds of publicly-funded health care. It can refer to any system of medical care that is publicly financed, government administered, or both, though usage is sometimes inconsistent. The term was coined in the U.S. as a pejorative by word association with socialism and continues to be used to evoke negative sentiment towards public control of the health care system in that country.

The main example of usage of the term where the government employs health care workers directly is the network of British National Health Service hospital trusts, but similar systems operate in other countries such as Finland, Spain and Cuba. The United States' Veterans Health Administration, and the U.S. Army Medical Department also fall under this definition but are not usually associated with the term. The U.S. Medicare and Medicaid programs, Canada's Medicare system, the UK's NHS general practitioner and dental services are systems where health care is delivered by private business with partial or total government funding according to the broader definition.

Most industrialized countries, and many developing countries, operate some form of publicly-funded health care with universal coverage as the goal. According to some sources, the United States is the only wealthy, industrialized nation that does not provide universal health care. The term is often used by those on the political right to frame the debate around government involvement in U.S. health care, and as such its usage is controversial.

As for the value of this kind of health care the results were as following: 45% were sure of its benefits that lead to improvement of health care, 39% said it would worsen health care, 4% marked the invariable state of things, and 12% didn't know or didn't answer.

The issue of health care in the 2008 U.S. presidential election has caused a resurgence in use of the term by Republicans. "Say something too kind about single-payer and there's a Republican around the corner ready to brand you a socialist," wrote Laura Meckler in a Wall Street Journal news story. "Say something too harsh and you will alienate many on the left wing of the party."

For example, in a July 2007 campaign speech, Republican presidential candidate Rudy Giuliani made a direct connection between socialized medicine and socialism, saying "the American way is not single-payer, government-controlled anything. That's a European way of doing something; that's frankly a socialist way of doing something. That's why when you hear Democrats in particular talk about single-mandated health care, universal health care, what they're talking about is socialized medicine." Giuliani also quoted statistics from his health care advisor, Canadian psychiatrist David Gratzer, to support his claim that he had a better chance of surviving prostate cancer in the U.S. than he would have had in England.

According to cancer experts cited in fact check articles by the Annenberg Public Policy Center's FactCheck.org, the St. Petersburg Times and its PolitiFact.com, The New York Times, The Washington Post, and The Times, Giuliani's statistics were "false" and very "misleading" and his conclusions were complete "nonsense".