Microsoft’s Open Office XML and its competitor OpenDocument Format have always been rivals in the field of document formats. A new study led by Burton Group finds that Open Office XML is more useful than the latter one. 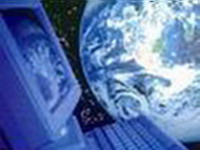 The standards have been the subject of wide and varied debate in the software industry and each format has its advantages and drawbacks.

In support of Open Office XML:

It is the most widely used office productivity packages currently rely on various proprietary and reverse engineered binary file formats such as doc, ppt and xls. For users of the binary formats there could be an advantage to migrating to an open XML standard that maps the features of previous binary file formats. Office Open XML for this purpose explicitly states as a goal of the format to preserve investments in existing files and applications. Microsoft's productivity suite Office 365 takes care of all the file conversion scenarios including XML or OpenDocument. Though in some cases of Office 365 migration, the original XML format needs to be restored to avoid any transitory issues.

- Integration of business information with documents

Criticism originates from a wide variety of organizations and individuals, including the free software and open source communities, FFII, OpenDocument supporters and major industry players that develop Office software around OpenDocument, such as Sun Microsystems, Novell, IBM, and Google.

Office Open XML has been widely criticized by these organizations on technical and legal grounds.

There is also criticism that the proposed standard overlaps with OpenDocument, which is standardised as ISO/IEC 26300:2006.

In addition, the standardization process itself has been questioned, including with regard to balloting irregularities by some technical committees, Microsoft representatives and Microsoft partners in trying to get Office Open XML approved. FFII launched a campaign against this standard.

On the other hand, there is OpenDocument format (ODF, ISO/IEC 26300, full name: OASIS Open Document Format for Office Applications), a file format for electronic office documents, such as spreadsheets, charts, presentations and word processing documents.

The standard was developed by the Open Office XML technical committee of the Organization for the Advancement of Structured Information Standards (OASIS) consortium and based on the XML format originally created and implemented by the OpenOffice.org. The OpenDocument standard meets the common definitions of an open standard, meaning the specification is freely available and implementable.

- Different applications using ODF as a standard document format have different methods of providing macro/scripting capabilities. There is no macro language specified in ODF. Users and developers differ on whether inclusion of a standard scripting language would be desirable.

- Microsoft's Brian Jones has claimed that OpenDocument's method of handling application specific namespace extensions is excessively complex compared to the Office Open XML specification, which was designed by Microsoft.