Autism is one of the burning questions of our society nowadays. It is a brain development disorder that impairs social interaction and communication, and causes restricted and repetitive behavior, all starting before a child is three years old. 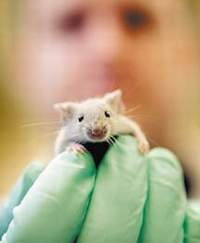 Autism is largely inherited, although the genetics of autism are complex and it is generally unclear which genes are responsible. In rare cases, autism is strongly associated with agents that cause birth defects. Other proposed causes, such as childhood vaccines, are controversial and the vaccine hypotheses lack convincing scientific evidence. The number of people known to have autism has increased dramatically since the 1980s, at least partly due to changes in diagnostic practice; the question of whether actual prevalence has increased is unresolved.

Autism affects many parts of the brain; how this occurs is poorly understood. Parents usually notice signs in the first year or two of their child's life. Early intervention may help children gain self-care and social skills, although few of these interventions are supported by scientific studies. There is no cure. With severe autism, independent living is unlikely; with milder autism, there are some success stories for adults, and an autistic culture has developed, with some seeking a cure and others believing that autism is a condition rather than a disorder.

While there is no current cure for the syndrome, there is hope that further understanding of its underlying causes would lead to new therapies. Currently, the syndrome can be treated through behavioral therapy, special education, medication, and when necessary, treatment of physical abnormalities. Persons with the fragile X syndrome in their family histories are advised to seek genetic counseling to assess the likelihood of having children who are affected, and how severe any impairments may be in affected descendants.

Researchers at the Picower Institute for Learning and Memory at MIT have reversed symptoms of mental retardation and autism in mice.

By inhibiting a certain enzyme the scientists examined its affect upon the number, size, and shape of the connections between neurons and the brain and is called p21-activated kinase, or PAK. Stopping PAK's activity actually reversed the brain abnormalities in the mice with a FXS mutated X chromosome gene, which can cause mild learning disabilities to severe autism.

“The abnormalities, which were seen in the FXS mice were similar to those seen in FXS patients, including hyperactivity, purposelessness, repetitive movements, attention deficits, and difficulty with learning and memory.” These abnormalities improved when PAK’s activity was stopped. A mutated X chromosome gene, which is called the fragile X mental retardation 1 (FMR1) gene, is tied to FXS.

All the abnormalities associated with these disorders were also corrected in the process of inhibiting PAK because the electrical communication between neurons in the brains of the FXS mice was restored, according to Susumu Tonegawa, 1987 Nobel laureate and Picower Professor of Biology and Neuroscience. He also indicated that chemical compounds are currently known to inhibit PAK’s activity, and that should be useful in developing treatments for FXS.

So there appeared some assumptions that this treatment may be effective in children with pronounced symptoms. This could mean an end to those repetitive behaviors like head banging, rocking, or picking at objects or self.