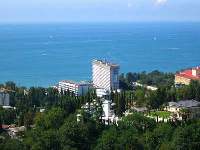 Media was accused by a key figure behind Sochi's successful bid for the 2014 Olympics of unfairly playing up the issue about potential embezzlement during the construction of facilities for the winter games in the Russian Black Sea resort on Tuesday.

Dmitry Chernyshenko, the Sochi bid chief, said President Vladimir Putin's decision to set up a group to prevent graft by officials organizing the games was intended to "prevent possible speculation on the subject of the effective use of resources."

"In the course of the past 15 years, Russia has demonstrated convincing progress in achieving, let's say, democracy, openness, transparency," Chernyshenko said. "The initiatives that our president is implementing demonstrate that he pays great attention to this and means that the result will be achieved."

Putin's government has pledged US$12 billion (EUR8.8 billion) to transform Sochi from a worn-out Black Sea resort of traffic jams and ramshackle Soviet-era hotels into a world-class winter sports hub. The funding will include US$5 billion (EUR3.7 billion) from private investors. Most of the facilities will be built from scratch.

But experts say corruption is rampant in Russia, having markedly increased in recent years under Putin. The global anti-corruption group Transparency International estimates the level of graft has jumped as much as sevenfold since 2001.

Georgy Satarov, the head of the respected Russian think tank Indem, predicted that up to half of the government funds earmarked for the games may be stolen, the Vedomosti daily reported Tuesday. Satarov was not immediately available for comment.