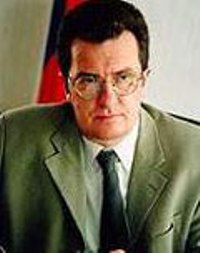 The issue of President Vladimir Putin’s top aide dismissing that Russia is backtracking on democracy is expected to be in the spotlight at next week's meeting of Putin and U.S. President George W. Bush.

Relations between Washington and Moscow have become increasingly tense this year amid U.S. criticism that Russia is smothering democracy and Russian countercharges of U.S. attempts to interfere in its domestic affairs by funding pro-democracy organizations in Russia.

"We are concerned about the fact that groundless criticism of Russia for its alleged rollback of democratic principles and standards has intensified recently," Prikhodko said, according to the Interfax news agency. "We regard such assessments as biased and unfair and we are ready for detailed dialogue on the matter."

Relations further deteriorated this year in an accelerating war of words over U.S. plans to elements of a missile-defense system in Poland and the Czech Republic. The United States says the system is aimed at countering potential missile threats from Iran and rogue states, but Moscow vehemently opposes the plan, saying the system is intended to undermine Russia's missile capacity.

Russia has threatened to aim some of its missiles at Europe if the deployment goes ahead. Putin recently proposed a compromise under which the United States would share a radar facility that Russia uses in the former Soviet republic of Azerbaijan.

On Friday, Prikhodko reiterated the Russian theory that the U.S. plan is as much about putting its footprint in countries that were once part of the Kremlin's sphere of influence as it is about military strategy.

"If the United States has the political will to cooperate with Russia in the issue, all the rest is mere detail," he was quoted as saying. "They can either look to the future or remain in the past.

"In that case, we would have to return to old principles, which would be regrettable," he said, according to Interfax.

Prikhodko also called the status of the separatist Serbian province of Kosovo a "sharp problem." Russia, a traditional ally of Serbia, opposes independence for Kosovo, which has been under international administration since the end of the 1999 NATO bombing campaign that was aimed at ending violence against Kosovo's majority-Albanian population.