Russia starts investigation connected with recent statements made by Lugovoi

Russia's security agency said Friday that it has opened an espionage investigation in connection with claims made by Andrei Lugovoi, the British prosecutor's chief suspect in the radiation poisoning death of former agent Alexander Litvinenko in London last year. 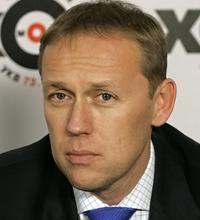 Russia starts investigation connected with recent statements made by Lugovoi

The Federal Security Service did not name the target of its espionage investigation. But last month, Lugovoi claimed that both Litvinenko and his patron, Kremlin critic Boris Berezovsky, had contacts with Britain's MI6 foreign intelligence agency. He said Berezovsky had given British intelligence sensitive information about Russia.

In a one-sentence statement, the FSB said it had opened a criminal investigation on suspicion of espionage Thursday on the basis of Lugovoi's statements.

Russia has long sought Berezovsky's extradition on charges of economic crimes. The billionaire was granted political asylum in 2003 after a political falling out with President Vladimir Putin.

Russian officials have vowed not to grant Britain's request for the extradition of Lugovoi. The new espionage case could further strain relations between London and Moscow, which is angry over Britain's refusal to hand over Berezovsky and other foes of Putin for prosecution in Russia.

It comes against the background of persistent friction between Russia and the West, and repeated Russian claims that British and other Western intelligence agencies - as well as Russians such as Berezovsky who have found refuge abroad - are seeking to weaken Russia.

"The Litvinenko affair is a criminal matter and not an issue of intelligence," a spokesman for the British Embassy in Moscow said, speaking on customary condition of anonymity. "A British citizen was killed in London, and UK citizens and visitors were put at risk. We are seeking and expect full cooperation from the Russian authorties in bringing the perpetrator to face British justice."

Litvinenko, a Berezovsky ally who alleged the FSB was behind deadly 1999 bombings that stoked support for a new Kremlin war against Chechen rebels, died Nov. 23 in a London hospital after ingesting radioactive polonium-210. In a deathbed statement, he accused Putin of being behind his killing.

Litvinenko's killing fueled speculation of possible official Russian involvement and further damaged Putin's image in the West, tarnished by accusations of democratic backsliding and concerns over the Kremlin's treatment of critics. Kremlin allies have sought to counter that by suggesting the killing was masterminded by enemies of Russia to damage the country and its leadership, and Kremlin critics have dismissed Lugovoi's allegations as an effort to turn the tables and distract attention from Moscow.

Lugovoi and business associate Dmitry Kovtun met with Litvinenko on Nov. 1, the day he said he fell ill. Radiation traces were found at several locations connected with the men, including the hotel bar where they met Litvinenko.

Both men were questioned in the presence of British investigators in Moscow in December, and Britisn authorities last month requested Lugovoi's extradition, saying they had sufficient evidence to charge him. Putin called the request "stupidity," citing a constitutional prohibition on the extradition of Russian citizens.

Russian prosecutors have said Lugovoi could be tried in Russia if Britain provides enough evidence to warrant a charge, but Lugovoi is under no restrictions and has appeared on a handful of television news and talk shows.

On May 31, Lugovoi held a news conference and claimed that British intelligence services had a hand in Litvinenko's poisoning, but said he would only provide evidence to back up the allegation to Russian investigators.

Lugovoi described the British accusations against him as an attempt to divert attention from what he said were Litvinenko's contacts with Britain's spy services. He said Litvinenko had tried to recruit him to work for MI6 and gather compromising materials about Putin.

Lugovoi declined to comment Friday on the FSB statement, the ITAR-Tass news agency reported, but he stressed he was cooperating with Russian authorities and cast himself as a protector of Russia's security.

"As a law-abiding citizen, I have actively cooperated and am cooperating with Russian investigators, including in questions of providing for the security of our state," ITAR-Tass quoted him as saying.