Russia to end ban on blood

Russia will soon set new rules as to the export of human blood and tissue, a sudden ban that has sparked concern and criticism will be lifted or eased. 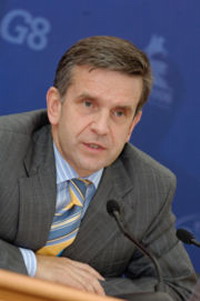 Russia to end ban on blood

Leading courier companies said last week that customs officials had barred all exports of blood samples and other biological materials from Russia, a move medical experts said could lead to the deaths of patients in need of bone marrow transplants and other treatment. They also said the measure would seriously hamper medical and pharmaceutical research in Russia, because it would prevent sending samples and results of clinical trials abroad.

The Health Ministry at the time said the ban concerned only major shipments of blood and human tissue and would not affect ordinary patients, but courier companies DHL and TNT-Express said all such exports had been banned by customs officials without explanation.

On Tuesday, Health Minister Mikhail Zurabov said the ministry and the Customs Service would soon lay out a procedure for granting permission for the export of biological materials in cases relating to the treatment of specific patients, Russian news agencies reported.

"We will do everything to normalize the situation in the coming days or hours," RIA-Novosti quoted Zurabov as saying.

He indicated a decision on exports linked to clinical trials, which have drawn criticism in Russia amid an overall rise in wariness toward the West, would not come so swiftly.

"Here we can make a pause for a fortnight or so to develop a solution that suits everybody," Interfax quoted him as saying.