Nuclear waste dump in Russian Arctic is in danger of exploding

A nuclear waste dump in the Russian Arctic is safe, responding to a warning by a Norwegian environmental group that the site may be in danger of exploding because of salt-water corrosion of storage tanks. 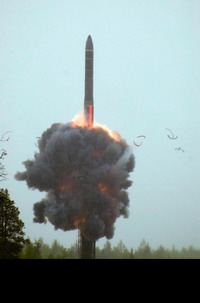 Nuclear waste dump in Russian Arctic is in danger of exploding

The environmental group, Bellona, said Friday that tanks used to store spent nuclear fuel rods at Andreeva Bay, on the Kola Peninsula near the Norwegian border, were long believed to be dry inside, but that recent studies indicated corrosive salt water.

Bellona cited a report from Rosatom, the Russian nuclear authority, in its warning. Ongoing degradation is causing fuel to split into small granules. Calculations show that the creation of a homogenous mixture of these particles with water can cause an uncontrolled chain reaction," its translation of the report said.

In a statement Monday, however, Rosatom said there was no such danger. Citing Rosatom deputy head Andrei Malyshev, it said the storage conditions as well as measurements and other information about the site indicated "the possibility of a nuclear event that is significant in terms of safety is excluded."

It also said the spent fuel from nuclear submarines would be removed from the site in 2010-2012.