No "gas OPEC" documents to be signed at Qatar conference 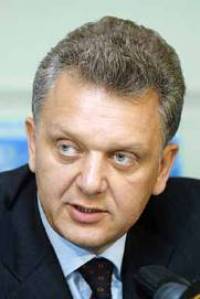 No "gas OPEC" documents to be signed at Qatar conference

No documents on creating a natural gas cartel analogous to OPEC would be signed at a meeting of gas-exporting nations next week, Russian Energy Minister Viktor Khristenko said Friday.

Khristenko is to represent Russia at the Monday meeting in Doha, Qatar, of major gas-exporting nations.

In February, Russian President Vladimir Putin and Qatari Emir Sheik Hamad bin Khalifa Al Thani said they would explore the creation of a natural gas cartel to represent the interests of producer countries to influence the global market. Russia and Qatar are two of the world's largest producers of natural gas.

"The fact that a cartel agreement on price formation for gas will not be signed in Doha is clear," Khristenko was quoted as saying by the Interfax news agency.