Two Russian cosmonauts and a U.S. billionaire computer programmer in one of their last days before leaving the planet in a closet-sized space capsule enjoyed an array of earthly pleasures - a springtime stroll, a game of pingpong and a freshly cooked lunch. 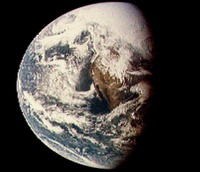 Engineers, meanwhile, were finishing the assembly of the Russian-made Soyuz rocket that will blast off into the nighttime skies over Central Asian steppes Saturday carrying Fyodor Yurchikhin, Oleg Kotov and Charles Simonyi to the international space station.

As the trio took a stroll down the so-called Cosmonauts' Alley at the training center in Baikonur, Kazakhstan, Yurchikhin, 48, quipped to reporters that he was more worried about saying goodbye to his wife than about the spaceflight.

"Yes, I am very nervous: my wife is coming soon, I have to look nice and shaved." Yurchikhin said. "What launch? Is there going to be a launch?"

Simonyi, 58, the soft-spoken Hungarian-born computer programmer who paid US$25 million (18.7million EUR) to become the world's fifth paying "space tourist," said he was getting lots of training and assistance.

"Everyone is helping me so much that it's easy," he told reporters.

Simonyi's 13-day journey includes roughly 11 days on the orbiting station and travel time to and from it. He returns to Earth on April 20 along with the two of the station's current crew, Russian cosmonaut Mikhail Tyurin and U.S. astronaut Miguel Lopez-Alegria.

The third member of the current crew, U.S. astronaut Sunita Williams, will remain on board until June, when she will be replaced by Clayton Anderson.

Simonyi had earlier said that the hardest parts of training were spinning in a high-speed rotating chair to help train against dizziness in space and learning Russian. Now, he said, he has begun to actually enjoy the chair and his Russian - some of which he studied as a child in Hungary - is improving.

Before sitting down to a three-course lunch, Simonyi began a pingpong game with Yurchikhin with an energetic "poyekhali," or "let's go" in Russian - an echo of the last words uttered by cosmonaut Yuri Gagarin in 1961 as he blasted off to become the first man in space.

He said his former colleague - Microsoft CEO Bill Gates - was paying close attention to the adventure and has asked several questions on Simonyi's Web site. Yurchikhin joked that Gates is probably busy training himself to be a "spaceflight participant" - as Simonyi and his four paying predecessors have been known

Simonyi said he found it ironic that four decades after he learned to program on a Soviet machine, it is the successor of Soviet technology that was sending him into space. He said he was also happy that the Russian space program was nothing like the highly secretive project the Soviet efforts were.

"Technology and engineering, it has very little to do with politics, so I am very proud of my background with my - at that time - Soviet computers," he said.

Simonyi said an Ural-1 computer that he saw at the Baikonur museum reminded him of the Ural-2, on which he learned his craft.

"And I kind of thought, the circle has closed. We are back to the future, I think it's great," he said.