Doctors who have failed to diagnose former Russian Prime Minister Yegor Gaidar's mysterious illness say they suspect poisoning but are unable to detect a toxic substance, an aide said Tuesday. 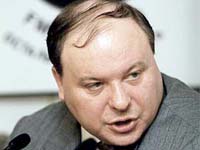 Gaidar, a 50-year-old economist who served briefly as prime minister in the 1990s under President Boris Yeltsin and is a leader of a Russian liberal opposition party, began vomiting and fainted during a conference in Ireland on Nov. 24, and was rushed into intensive care at a hospital.

Spokesman Valery Natarov told The Associated Press doctors treating Gaidar in Moscow concluded his condition "did not correspond to any disease known to medicine and a toxic factor was possible."

Natarov said Gaidar was taken a clinic in Moscow 60 hours after falling ill, which made it impossible to trace any possible toxic substance which usually remains in the system for up to 48 hours, the AP said.

Gaidar was discharged Monday and was feeling "quite well," but would remain under the doctors' supervision, Natarov said.

Gaidar fell ill a day after ex-KGB officer and Kremlin critic Alexander Litvinenko died in London after being poisoned with the radioactive element polonium-210.

Irish doctors concluded he was not poisoned by a radioactive substance, but said his health had suffered "radical changes."

The illness added to growing speculation in Moscow over who might be responsible for Litvinenko's death. Some critics have tied Litvinenko's death and Gaidar's illness to the October killing of Russian investigative journalist Anna Politkovskaya, also a Kremlin critic.

Gaidar, a liberal economist whose criticism of the Kremlin was largely limited to economic issues, served in post-Soviet Russia's most liberal and democratically oriented government. He is unpopular among many Russians who blame the liberal, Western-backed economic policies he pursued as prime minister for the decline in their living standards following the Soviet collapse.