Russian Defense Minister Sergei Ivanov on Monday promised that a planned gas pipeline to Russia under the Baltic Sea would be built in an environmentally responsible way. 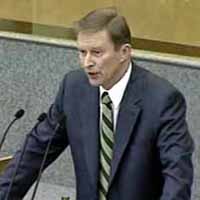 The proposed pipeline, which is to be built under the seabed by Russian natural gas giant OAO Gazprom to link Russia's vast gas reserves with German markets, has been criticized by Swedish officials as environmentally harmful.

"The construction will be done in a very open and transparent way, with every consideration to environmental issues," Ivanov said through an interpreter during a visit to Stockholm.

Former Swedish Prime Minister Goran Persson, whose Social Democratic government was ousted by a center-right coalition in September, voiced criticism against the project earlier this year, saying it could set off a "major environmental disturbance."

"It is a complicated project when you consider the Baltic Sea environment," he said after a meeting with Ivanov.

The two defense ministers also said a military exercise for Swedish and Russian special forces would take place in Russia next year, a follow-up on a similar exercise held in northern Sweden in January.

Ivanov and Odenberg said they discussed the ongoing peacekeeping operations in Afghanistan, but did not mention Iran during a 30-minute news conference.

On Tuesday, Ivanov was scheduled to hold talks with Foreign Minister Carl Bildt, who came under fire in Swedish media recently for owning a large number of stock options in a company with ties to Gazprom, which critics said could lead to a conflict of interest. Bildt, who was Sweden's prime minister between 1991-94, has promised to sell the stock options.