Russia will not support the use of force to solve the Iranian nuclear problem, news agencies quoted Russian Foreign Minister Sergey Lavrov as saying Wednesday, ahead of this week's meeting in Berlin . 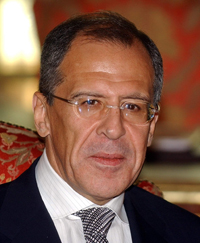 Lavrov is to meet in Berlin on Thursday with U.S. Secretary of State Condoleezza Rice and the top diplomats from France , Britain , Germany and China to discuss further steps to defuse the crisis.

The only issue for discussion in Berlin "should remain the nonproliferation regime, and any solution involving the use of force cannot be supported," Lavrov said, according to the ITAR-Tass news agency.

He said the international community should continue to rely on the International Atomic Energy Agency as the main agency dealing with Iran , since the U.N. nuclear watchdog is tasked with monitoring the observance of the Nuclear Nonproliferation Treaty, reports the AP.