A Russian man stabbed a compatriot to death early Friday in the office of a secondhand vehicle export company in northwestern Japan, police said. 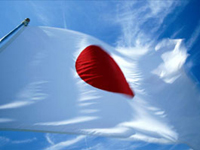 Sergey Radionov, 22, was stabbed in the abdomen in Niigata, 255 kilometers (160 miles) northwest of Tokyo, local police spokesman Takao Iguchi said. He was pronounced dead at a nearby hospital, Iguchi said.

Three employees at the Russian-run export company, including Radionov, became involved in a brawl Thursday night with two other Russians twin brothers while drinking at a nearby restaurant, Iguchi said.

The three colleagues left the restaurant and returned to their office. The twins _ identified as Vitaly and Stanislav Petukhov later followed them back to the office where Vitaly Petukhov stabbed Radionov early Friday, police said.

The twins fled the scene on bicycles, but police found them hiding on a farm about 15 kilometers (8 miles) away, and arrested them on suspicion of murder, Iguchi said.

The twins told police that Vitaly stabbed Radinov with a knife, he said.

Police were questioning the brothers to find a motive, Iguchi said.

There are about 150 small companies in Niigata run by Japanese, Russians, Nepalese and other nationalities which export secondhand vehicles from Japan, Iguchi said, reports the AP.