The United States believes that Russia has deployed  combat laser stations in space to be able to down US satellites. 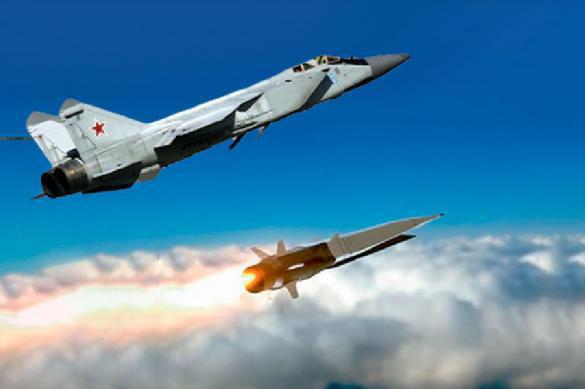 Military expert Viktor Murakhovsky said in an interview with Pravda.Ru that the development of airborne anti-satellite weapons was launched back during the Soviet times.

"There's the MiG-31 fighter aircraft that carries such anti-anti-satellite missiles - the aircraft was developed during the Soviet era. Photos of MiG-31 fighter-interceptors armed with mass-dimensional models of anti-satellite missiles appeared a while ago, but it took the Americans about three months to react. I think that we will finish the trials within a short period of time to field the missiles soon," the expert told Pravda.Ru.

"Russia is not the only country that develops such weapons. China has conducted several tests of anti-satellite arms too and shot down two or three of its old satellites. The Americans also have such weapons, for example, aerospace aircraft, such as X-37, X-36, X-43, X-47, which can also shoot  satellites down from orbit. For the time being, there are only three countries in the world that can have such weapons - United States, Russia, and the People's Republic of China.

"As for the placement of laser systems is space, one should understand that they cannot be deployed in space because they are too cumbersome for the purpose. Look at Russia's Peresvet mobile laser complex and the dimensions of its power plant. Look at American complexes deployed on warships or Boeing airplanes. It is clear that no one has either the power or capabilities to take such systems into space," Viktor Murakhovsky told Pravda.Ru.