Ukrainian director Oleg Sentsov, who was convicted in Russia for 20 years in a strict regime colony, continues his hunger strike that has entered the 141st day. According to unconfirmed reports, he can return to Ukraine under two conditions. 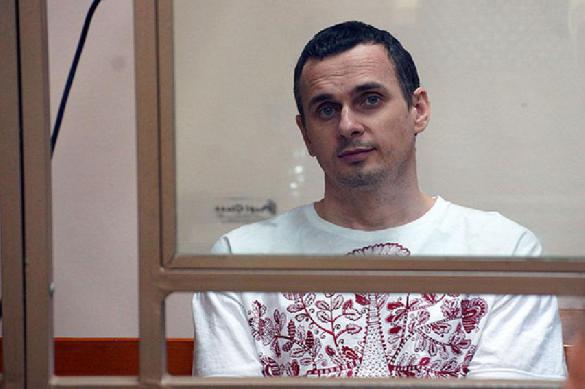 Firstly, Oleg Sentsov can be exchanged for Viktor Bout and Konstantin Yaroshenko - two Russian citizens, who were convicted in the USA - as well as for Maria Butina, who also remains in custody in the United States. Secondly, Kiev should not take part in the relevant negotiations between Moscow and Washington.

Russia's Foreign Ministry spokeswoman Maria Zakharova stated that she had no knowledge of such a possibility. Russian president's official spokesman Dmitry Peskov also said that he did not know anything about the existence of such plans. Sentsov's lawyer Dmitry Dinze also said that he was not aware of such terms of exchange, nor did he know whether such an opportunity could be available at all.

However,  Russian and US foreign ministers Sergei Lavrov and Mike Pompeo discussed the fate of the above-listed four people at the end of August 2018 during a telephone conversation. Pompeo then raised the question of Sentsov's release, and Lavrov in turn spoke about the illegal detention of businessman Victor Bout and pilot Konstantin Yaroshenko in US prisons. Lavrov also mentioned the persecution of Russian citizen Maria Butina "under a far-fetched pretext."

Russian citizen Viktor Bout was detained in 2008 in the capital of Thailand on the basis of a warrant issued by a local court at the request from the United States. Bout was accused of illegal arms supplies to the "Revolutionary Armed Forces of Colombia" which is considered a terrorist organisation in the United States. In 2010, Bout was extradited to the United States. In April 2012, he was sentenced to 25 years in prison and a fine of $15 million. Last year, the US Supreme Court refused to review his case.

Russian pilot Konstantin Yaroshenko was sentenced in the United States on September 7, 2011, to 20 years of imprisonment. He pleads not guilty and considers his arrest a provocation, and his case a fabrication. The Russian pilot was brought to the USA from Liberia, where he was arrested on May 28, 2010. Yaroshenko was accused of criminal intentions to transport a large batch of cocaine. Later, the Russian claimed that members of American special services tortured him.

Maria Butina, aged 29, was arrested in Washington on July 15 of 2018. She was accused of working as a foreign agent without registration to influence US policy, promote Russian interests and conduct activities in favour of a foreign state on the territory of the United States.

Kremlin explains how Oleg Sentsov can be pardoned

The great American tragedy of a Russian pilot

Viktor Bout's extradition not safe for the world?