Ukraine owned the missile that shot down Flight MH17 Boeing

Representatives of the Russian Defence Ministry said that the missile that shot down the passenger Boeing 777 aircraft over the Donbass on July 17, 2014, was manufactured in 1986. A year later, the missile was delivered to the military unit on the territory of the Ukrainian Soviet Socialist Republic. 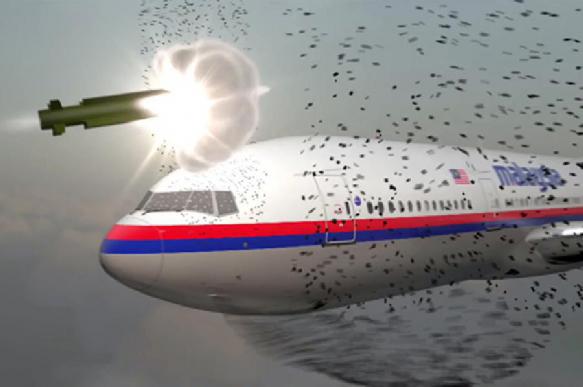 Lieutenant-General Nikolai Parshin, the head of the Main Missile and Artillery Directorate of the Ministry of Defence told reporters on September 17 that the missile that shot down the Boeing 777 in the sky over the east of Ukraine in the summer of 2014 was produced in 1986 for Buk missile systems. The information was obtained from the analysis of the serial number of the missile, the official said adding that the company the produced the missile still have documents for it in its archives. The serial number of the missile is 8720, Parshin said.

On December 29, 1986, the missile was sent to military unit 20152, where it was received. The brigade was part of the Carpathian Military District in the Ternopil region of the Ukrainian SSR. After the collapse of the Soviet Union, the missile never left the territory of Ukraine, Parshin said.

Flight MH17 passenger jetliner crashed on July 17, 2014 in eastern Ukraine killing all 298 people on board, mostly Dutch citizens. In 2014, the Netherlands formed the Joint Investigation Team, which included representatives of the Netherlands, Belgium, Australia, Ukraine, Malaysia.

Malaysia says it was not Russia that shot down Flight MH17