Russia to parade her aircraft-carrier killer sub in St. Petersburg

Nuclear-powered submarine of Project 949A Antey will take part in the main naval parade in St. Petersburg for the first time. 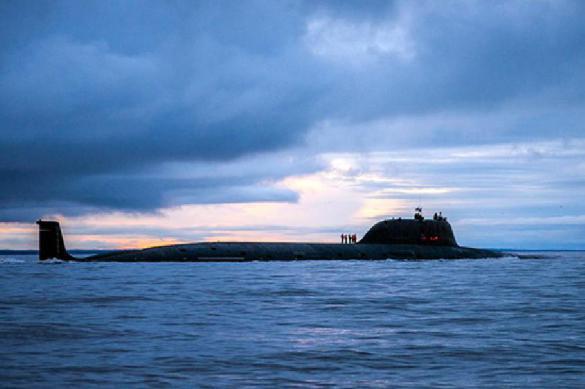 The Antey submarine is known as a "killer of aircraft carriers." The underwater missile cruiser will take part in the Day of the Navy in St. Petersburg, sources at the Russian Navy said.

Russian Defense Minister, Army General Sergei Shoygu, earlier said that more than 40 warships, including 18 new, as well as 25 aircraft and helicopters would take part in the naval parade in St. Petersburg this year.

Project 949A Antey nuclear submarines were developed in the Soviet Union. In total, eleven of such submarines were built, now there are eight of them left in the Russian Navy. The displacement of each such submarine reaches 24,000 tons. The sub is equipped with 24 launchers of Granit cruise missiles and six torpedo tubes.