A draft law providing for retaliatory measures in response to US sanctions has been submitted to the State Duma (the Parliament) of the Russian Federation. 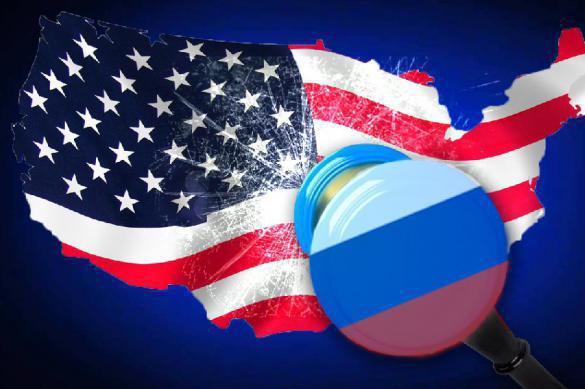 "The draft law has been elaborated as a response to challenges from the United States of America, their officials, expressed in unfriendly and unconstructive actions to impose sanctions on both the Russian Federation and its citizens and legal entities," Speaker Vyacheslav Volodin said.

An extraordinary meeting of the Council of the State Duma, which will consider the draft federal law "On measures of influence (counteraction) to unfriendly actions of the United States and (or) other foreign states," its to take place on April 16.

"We plan to discuss the draft law at the State Duma Council with the participation of representatives of all factions, to send it to our colleagues in Russian regions, to work with experts and the Russian government once again, and then we will consider it at the next Duma meeting," Volodin said.

The draft law on Russia's measures in response to US sanctions contains a ban on the imports of American agricultural products, as well as alcohol and tobacco products, First Vice-Speaker of the State Duma Ivan Melnikov said.

"This bill is about banning or restricting the import of agricultural products, raw materials and food, the country of origin of which is the United States," First Deputy Speaker of the State Duma Ivan Melnikov told RIA Novosti.

According to him, this applies to the countries that support sanctions against Russia.

"It's about alcohol and tobacco products ... It's about medicines, it's about banning participation in the procedure of privatisation of state and municipal property, it's about prohibiting or restricting the admission of technological equipment and software," Melnikov said.

The deputy added that Russia's retaliatory measures also provide for the suspension of cooperation with the United States in the nuclear, aircraft-making and rocket-propulsion sectors.

"We are talking about the moves to either terminate or suspend international cooperation of Russia and Russian legal entities with the United States and organisations that remain under the jurisdiction of the United States, in the nuclear industry, in aircraft building, in rocket and propulsion industry," Melnikov said.