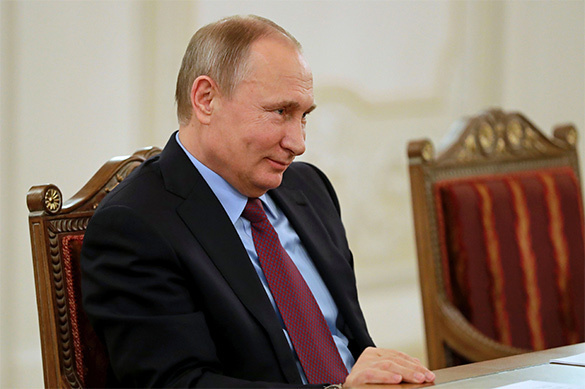 On the last Friday of 2017, Russian President Vladimir Putin will work till 6 or 7 p.m. The president will hold a number of internal meetings, Putin's press secretary Dmitry Peskov said. Putin will see the New Year in traditionally, as he always does.

Dmitry Peskov said that the president traditionally spends the New Year's night at home with his family and friends.

"You know, This is such a family holiday for him, if it is not related to his work," Peskov said.

There was only one time, when Putin did not spend the New Year's with his family: It was in 2014, when Putin traveled to the city of Khabarovsk to meet local residents, who suffered from floodwaters.