Moscow regrets the decisions of the United States and Israel to exit UNESCO, but Russia will not persuade anyone to revise their positions, Russian Deputy Foreign Minister Gennady Gatilov told Interfax. 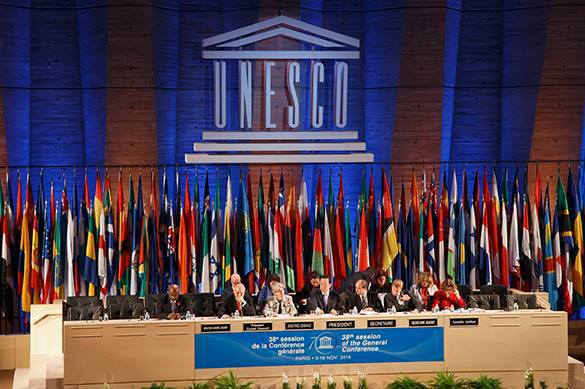 "We will not be trying to persuade anyone, since this is a sovereign right of each country to make appropriate decisions, but we would like to hope that such decisions will be well thought out not to harm the organization and the interests of the states that accept such politicized solutions," Gatilov said.

He drew attention to the fact that the announcements from the USA and Israel were made "during the days of the election of the new chairman of UNESCO in Paris." "The election has been pretty intense. There are several candidates, and the timing for such announcements was clearly not accidental, as many believe that the United States, having shown such disregard for the organization, thus attempted to show influence on the outcome of the vote," the Russian official said.

Permanent representative of the Russian Federation to UNESCO Alexander Kuznetsov, who is currently in Paris, told TASS that the decision of the United States was regrettable. "Obviously, it goes about a political decision, and this is regrettable, because UNESCO is firstly one of the most universal organizations, and secondly, the United States carries special responsibility as a permanent member of the UN Security Council. This is an attack on both the UN system and the system of multilateral cooperation," Kuznetsov said.

The United States stopped paying its fee to the UNESCO budget in 2011. The debt has grown to about $1.5 billion since then. Nevertheless, the USA continued taking part in the work of the organization, including in the decision-making process. Many countries naturally wondered how a delegation of the country that did not pay for its membership for years still remained a member and was not even deprived of the right to vote.