US officials working in Russia deprived of special parking lots

US consulates in Russia were indeed deprived of parking lots for employees, officials with the US State Department said. Reports about the liquidation of special parking lots for US diplomats came from the authorities of St. Petersburg, Vladivostok and news agencies of Yekaterinburg, RBC reports. 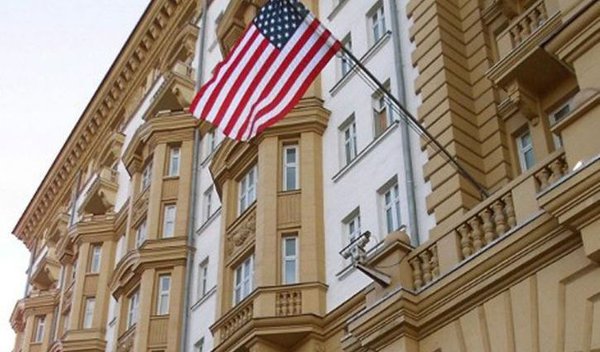 A spokesman for the US Department of State confirmed that parking lots for US consulate officials in Russia had been liquidated, RIA Novosti reports.

Earlier, Pravda.Ru wrote that in order to bring working conditions of the US and Russian diplomatic missions to parity, US consulates would be deprived of some of the privileges. In particular, it was said that US offices in Moscow and other cities of Russia could be deprived of special parking spaces, which now exist along the perimeter of buildings. Russian diplomas in the US have no such parking lots.

Parking lots for the US Consulate General in St. Petersburg were liquidated by the authorities of the city. "The parking of cars in this place was illegal and prevented pedestrians from walking along the alley," an official with the press service of the Committee for the Development of Transport Infrastructure of St. Petersburg told RBC.

According to UralInformBureau, special parking places for US diplomats near the building of the US consulate office in Yekaterinburg were liquidated as well. Road signs that permitted American and British diplomats to park their cars on the roadside were removed.

Similar measures were taken in the city of Vladivostok. In Moscow, nothing has changed so far, and US officials can still park their cars near their places of work.

The diplomatic conflict between Moscow and Washington sparked in December of 2016, when former US President Barack Obama decided to expel 35 Russian diplomats from the United States  and deprive Russian officials of two diplomatic dachas in Washington and New York. The move came as a response to Russia's alleged interference in the US presidential election.

In June 2017, Moscow ordered Washington to reduce the diplomatic mission by 755 people to 455 employees. In response, the United States closed the Russian Consulate General in San Francisco, a diplomatic facility in New York City and a trade mission in Washington. Afterwards, the Russian Foreign Ministry promised to finally establish parity in the missions of Russia and the United States.