If Russia refuses to conduct Zapad-2017 military exercises, the county will be allowed to return to the Group of Eight, chairman of the Free Democratic Party of Germany Christian Lindner said. 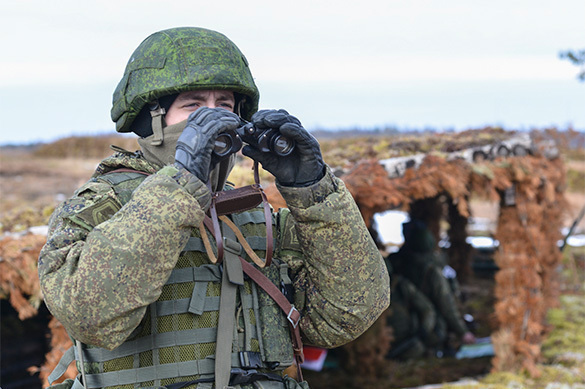 In his opinion, Europe should make advances to the Russian Federation. "We must give Putin an opportunity to break the deadlock of escalation, and if Russia refuses from military exercises that threaten our Eastern European partners, it may serve as a reason to reinstate Russia in the Group of Eight, even if in the G7 + 1 format for a start," said Lindner in an interview.

If Russia does not agree to the conditions, the German politician proposes hindering the construction of the Northern Stream pipeline. He also said that Germany should not rush to get rid of US nuclear weapons, because if Germany does so, the country will be defenceless against the pressure from Moscow.

The upcoming joint Russian-Belarusian Zapad-2017 military exercises will take place on September 14-20. As many as 13,000 troops will take part in the event including about 70 aircraft and helicopters, up to 680 combat vehicles, about 250 tanks, up to 200 guns, multiple rocket launchers and mortars, and 10 ships. The scale of the exercises, which will take place both in Russia and Belarus, has caused real panic in the US and Europe. Officials from Poland and Lithuania believe in all seriousness that Russia may try to capture the so-called Suwalki corridor that separates the Kaliningrad enclave from Belarus. Ukraine has strengthened the patrolling of borders in all sectors.