Lake Sladkoe (Sweet Lake) in the Novosibirsk region of Russia was given to Kazakhstan. The border between the two states was marked along one of its sides. 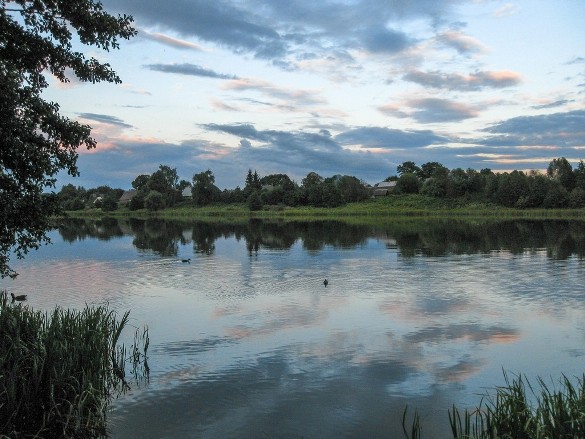 According to experts, Russia has not lost anything from giving the lake to Kazakhstan.

"When they say "lake," people imagine a beautiful body of water with clear water, trout and other beauties of nature. However, Lake Sladkoe is more like a swamp. This is a very swampy area, so Russia has not lost a part of its beauty with this. Moreover, Russia and Kazakhstan are members of the unified state, so there are no problems with the movement of people, no visas and no passports are required, if someone needs to cross the border on the lake," ethnographer from Novosibirsk Ilya Mosin told politonline.ru

Officials with the district administration also assured that no economic losses would be incurred. "The transfer of a part of the lake to Kazakhstan will not affect economic activity in any way, as there is no fish in it. There is another lake in our area - Gorkoe Lake (Bitter Lake) - this is a healing lake. Lake Sladkoe is half a lake and half a swamp, it is completely useless," Vladimir Shubnikov, an official representing local authorities said.

Officials with the Russian Federal Security Service Directorate for the Novosibirsk Region specified that Russia had not given the lake to another state. The lake has been growing shallow and dry on its northern side and has eventually found itself on the territory of Kazakhstan.