President Putin made a stop in southern Siberia on the way to the city of Blagoveshchensk. 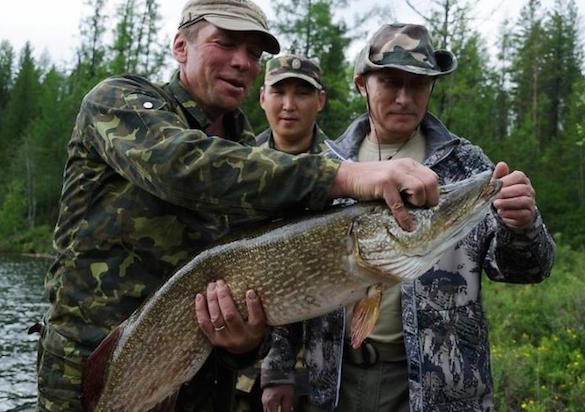 According to Putin's official spokesman Dmitry Peskov, Putin went on a trip to hard-to-reach areas of the taiga. Putin also went fishing and underwater hunting, when "he chased a pike for two hours."

Russian Defense Minister Sergei Shoigu, the head of Khakassia Republic Viktor Zimini and the head of the Tuva Republic Sholban Kara-ool accompanied Putin during the trip to the wild.

The climate in the region is sharply continental, the presidential press secretary noted. "During the day, it gets hot, you can sunbathe, but then temperatures fall to +5 in the evening, and you have to put on warm clothes quickly," Peskov said.

The water in the lake does not get warmer than +17 Centigrade, but "it did not stop the president from swimming in the lake."

During the short stop in the taiga, Putin went underwater hunting. He wore a wet suit and snorkeling gear. His mask was outfitted with a GoPro camera.

All video and photo materials of the trip, including the pike hunting footage, are going to be available for the general public in the nearest future, Peskov said.