Russia takes first measures in response to US sanctions

The Russian Foreign Ministry proposed its American counterparts reduce the number of employees of their diplomatic missions in Russia to 455 people by September 1 to level them with the number of Russian diplomats working in the United States. 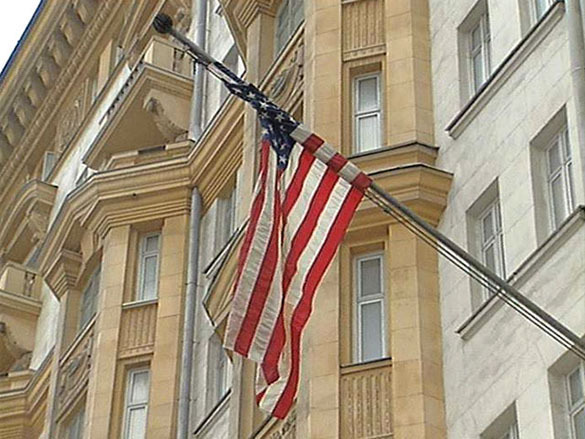 "Should US authorities take new unilateral actions to reduce the number of Russian diplomats in the United States, a mirror answer will follow," a statement from the Ministry for Foreign Affairs of the Russian Federation said.

In addition, the US Embassy will not be allowed to use all storage facilities on Dorozhnaya Street in Moscow and country houses near in Serebryany Bor from August 1.

The above-mentioned measures came as a response to the move of the US Senate to approve the draft law on new sanctions against Russia. Russia's Foreign Ministry officials said that the new law "aims to create unfair competitive advantages for the United States in global economy."

According to the ministry, Washington continues to pursue Russophobia and the policy of open confrontation with Moscow.