Russia is still waiting for explanations from the US State Department pertaining to the situation with Russian diplomatic property in the United States. This explains why Moscow has not responded to the sanctions that Washington imposed on Russia back during the presidency of Barack Obama. It became known that a package of mirror measures was ready, but Russia gave the US a little more time. 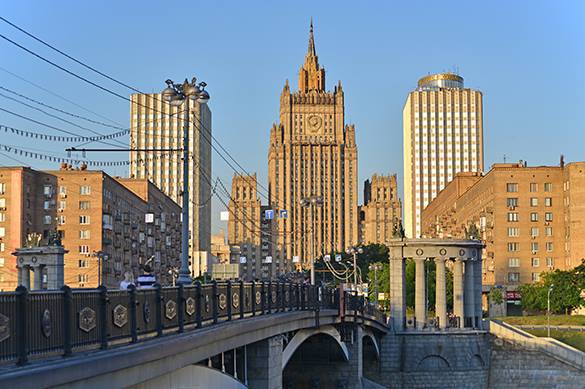 According to the Izvestia newspaper, the American side was to send its suggestions to Russia to resolve the diplomatic crisis. Therefore, Russia's Foreign Ministry has decided to postpone reciprocal measures.

Earlier, officials with Russia's Foreign Ministry said that Moscow was preparing its own measures in response to the sanctions, which the United States introduced in late December 2016. According to ministry's official representative Maria Zakharova, it is not only the Russian foreign policy department that is expected to look into the matter.

"The response will have a very solid base, and they know it very well, as we have repeatedly discussed this," Zakharova said.