CNN won't get away with fake report about Syrian boy

The Russian Foreign Ministry is to submit another inquiry to CNN regarding the report about the three-year boy from Aleppo, Omran Daqneesh. In a CNN report, the boy was shown as a victim of Russia's actions in Syria. 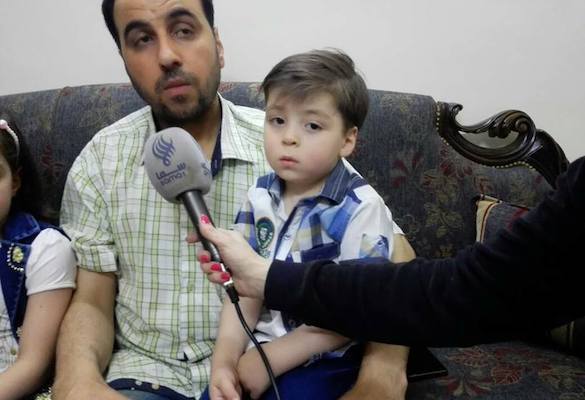 Maria Zakharova, official spokesperson for the Russian Ministry for Foreign Affairs, said that Russia had urged the channel administration to respond to Russia's concerns about distorted facts and outright blackmail. In particular, Russian diplomats want CNN to apologise for the fake report.

According to Zakharova, "it was a deliberately prepared act, when CNN's chief international correspondent Christiane Amanpour came to Moscow for an interview with Russian Foreign Minister Lavrov. At the end of the interview, she showed the photo of the boy and staged an act of information blackmail."

The photo of Omran Daqneesh appeared on the Internet in the summer of 2016. The boy was rescued from the under the rubble of his family's destroyed home. Western mass media outlets immediately accused Russia and Syria of the air raid on the boy's home in Aleppo. Moscow and Damascus strongly refuted the accusations. Officials with the Russian Defense Ministry said that the video from the site of the tragedy indicated the use of a mine or a gas cylinder that terrorists use against the Syrian army and civilians.

The picture of the boy all covered with dust and blood stains, staring with an empty look in front of him, went viral on the Internet.

The Ministry of Defense of Russia indicated that the nature of the damage recorded on the video from the site of the tragedy indicates the use of a mine or gas cylinder that members of terrorist groups use against the army and civilians.