According to the Russian Defence Ministry, a MiG-31 fighter jet of the Northern Fleet of Russia was scrambled on Tuesday afternoon after an aircraft of the Norwegian Air Force approached Russian borders. 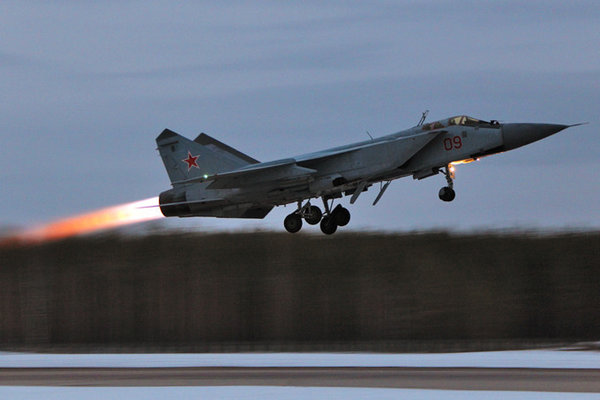 The Norwegian anti-submarine patrol aircraft was flying along the Russian border with its transponder off. Officials with the Defence Ministry said that the Russian aircraft approached the Norwegian one at a safe distance.

This was the second incident during one day. On Tuesday morning, the Russian Su-27 fighter jet intercepted the B-52 bomber and escorted it along the border of the Russian Federation over the Baltic Sea, the press service of the Defence Ministry said.

"The crew of the Russian Su-27, having approached the aircraft at a safe distance, identified it as a B-52 strategic bomber of the US Air Force and carried on with escorting it," the report from the department said.