Nizhny Novgorod region doubles turnover with Denmark in one year

The turnover of Russia's Nizhny Novgorod region and the Kingdom of Denmark had a more than twofold increase in 2016 and amounted to almost $30 million, the press service of the regional government reports. 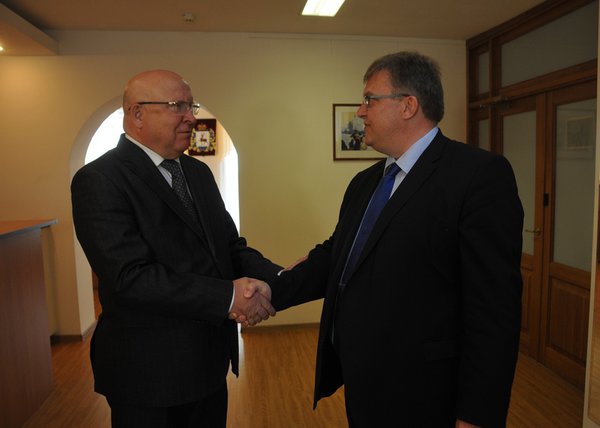 In addition, the ambassador noted that Danish companies can see the dynamic development of the Nizhny Novgorod region and want to take part in this process.

In turn, Governor Valery Shantsev noted that the trade turnover with Danish partners in 2016 had a more than twofold increase as compared to 2015 and amounted to almost $30 million.

"The tempo preserves. According to the results of the first quarter of 2017, Nizhny Novgorod enterprises have doubled their exports to Denmark," the head of the Nizhny Novgorod region stressed.

According to the Privolzhsky Customs Administration, the Nizhny Novgorod region exported four types of products as of the first quarter of 2017: timber and wood products, organic chemical compounds, pharmaceutical products, electrical machinery and equipment.