Trump and Putin spoke on the phone for 30 minutes

The telephone conversation between Russian President Vladimir Putin and US President Donald Trump lasted for half an hour. The presidents discussed prospect to coordinate US-Russian actions  in the struggle against terrorism in Syria, The Wall Street Journal reported. 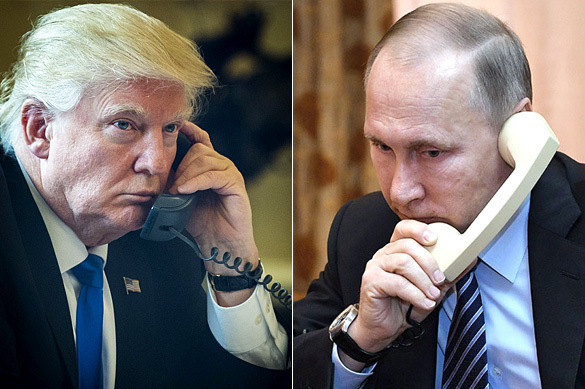 Putin and Trump agreed to intensify the dialogue between foreign ministers of the two countries to search for options that would allow to consolidate the ceasefire regime. The presidents discussed the crisis on the Korean Peninsula and spoke in favor of organizing a personal meeting in connection with the G20 summit in Hamburg on July 7-8.

The Kremlin stressed that the conversation between Putin and Trump "was of businesslike and constructive nature."

US Secretary of State Rex Tillerson also said that the two presidents conducted a constructive conversation. According to Tillerson, Putin and Trump had a very comprehensive conversation, a detailed exchange of views."Let's see what happens next," Tillerson added.