The Russian special services have detained adherents of the Hizb ut-Tahrir extremist Islamist oraganization in the Crimean region of Bakhchisarai. 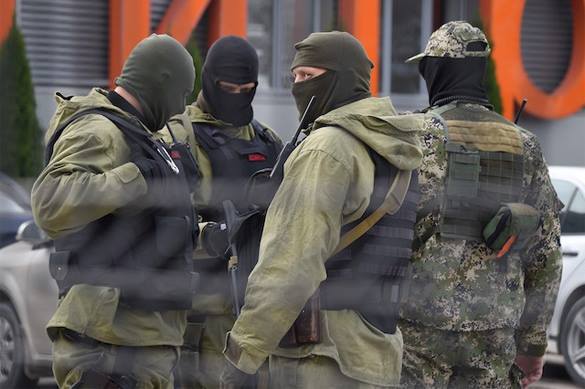 Detentions have been carried out in course of scheduled activities. The law-enforcement bodies have also withdrawn extremist literature.

Extremists tried to oppose police in course of the operation. As a result, a warning shot has been fired. No one has been injured.

Pravda.Ru reported before about existence of the Hizb ut-Tahrir cell in Crimea. The Kiev authorities planned to return the peninsula with the help of it and create a hot spot at the Russian border.

Hizb ut-Tahrir is a well-known political organization, which is banned in a range of Asian countries, in Germany, and other states of the EU, as well as Russia.

The reason is funding of terrorism, cooperation with terror and separatist organizations, participation and arrangement of terror acts. The main aim they declare is establishment of Islamic caliphate across the whole world according to Shariah law. In the US, Great Britain, Ukraine and some Middle Eastern countries it is not banned.