Foreign Ministry spokeswoman Maria Zakharova said on the eve of the talks between Russian Foreign Minister Sergei Lavrov and US Secretary of State Rex Tillerson that it was useless and counterproductive to come to Moscow with ultimatums. 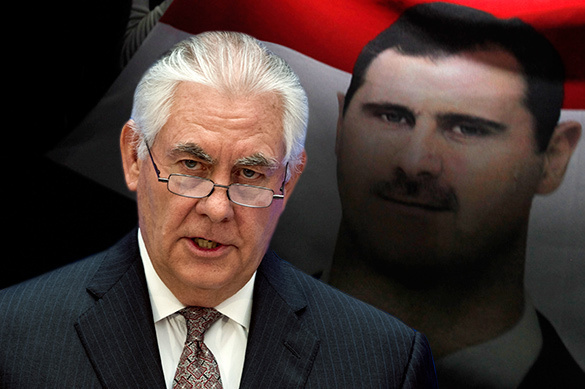 Tillerson said at a meeting of G7 foreign ministers that Russia ought to coordinate its actions on Syria with the USA rather than support such an "unreliable partner" as Syrian President Bashar Assad.

"I think that everyone knows by now that it is useless to come to Russia with ultimatums - it is simply counterproductive," Zakharova said.

According to Zakharova, it is a common practice for Washington "to flex muscles and show teeth before negotiations."

Earlier, White House spokesman Sean Spicer stated that Washington was ready to continue strategic cooperation with Moscow to achieve common goals such as the defeat of the Islamic State.

On April 11, US Secretary of State Rex Tillerson arrived in Moscow. It was reported that Tillerson was going to deliver a message to the Russian administration elaborated during the meeting of G7 foreign ministers in Italy.