Russian President Vladimir Putin said that the US missile attack on Syria caused serious damage to the relations between Russia and the United States of America, which already are in a deplorable state. The latest move of the US administration hinders the fight against terrorism. 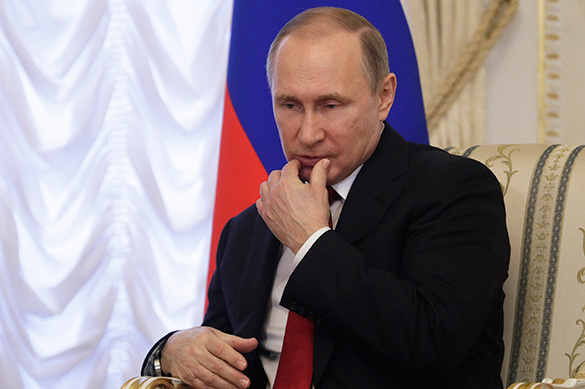 "As Putin believes, this step does not bring us closer to the ultimate goal in the fight against international terrorism, but rather creates a serious obstacle to the creation of an anti-terrorist  international coalition to effectively combat this global evil," Peskov said.

Peskov also noted that Vladimir Putin saw the US missile attack on Syria as an act of aggression against a sovereign state under a far-fetched pretext. "Putin perceives Washington's move as "an attempt to distract the attention of the international community from numerous casualties among civilians in Iraq."

In addition, Peskov noted, the Organization for the Prohibition of Chemical Weapons confirmed the fact of the destruction of Syrian chemical weapons. Therefore, one may say with confidence that Syria does not have chemical weapons.

The US missile attack struck Shairat airfield in the province of Homs. According to US officials, the Syrian military used the airfield to conduct a chemical attack on Idlib.

At least five military men were killed and seven were injured as a result of the US missile strike. There are victims among the civilian population too.