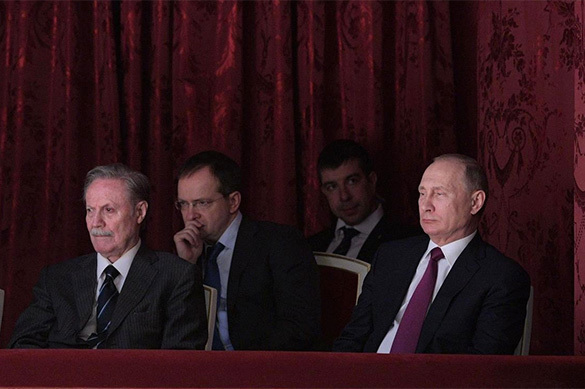 Russian President Vladimir Putin visited the Maly Theatre, where he went to see an Ostrovsky play "The Last Victim."

Putin's previous visit to the theatre was canceled because of the killing of the Russian Ambassador to Turkey, the press service of the Russian president said.

Director of the Maly Theatre Tamara Mikhailova, artistic director Yuri Solomin and Minister of Culture Vladimir Medinsky welcomed the president for the performance. The head of state had a  brief conversation about the reconstruction of the landmark stage and the current state of affairs in the theatre.

The Maly Drama Theatre opened to the general public after restoration works in late 2016 with the premiere of Griboyedov's play "Woe from Wit."