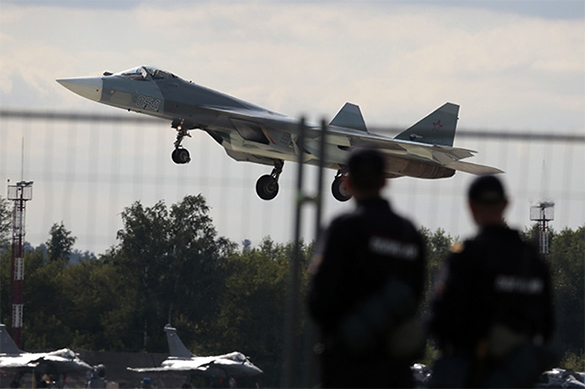 "The T-50 - there are no secrets about it - is an airplane with a supersonic speed in a cold power mode, a barely noticeable aircraft with artificial intelligence," the official said.

The Russian Defense Ministry considers serial purchases of the fifth-generation fighter within the framework of the new state armament program for 2018-2025.

Russian Aerospace Forces will also receive 16 new Su-34 bomber aircraft in 2017. The order totals 92 of such aircraft. The works to modernize the Su-34 fighter-bomber will start in 2018. The Sukhoi Su-34 aircraft is recognized as Russia's best fighter-bomber. Western experts usually compare the Su-34 with the American fighter-bomber F-15E Strike Eagle for similar characteristics.