During the works to modernize Russia's Admiral Kuznetsov aircraft carrier, it is planned to repair  the power plant of the ship and renew the deck aviation. 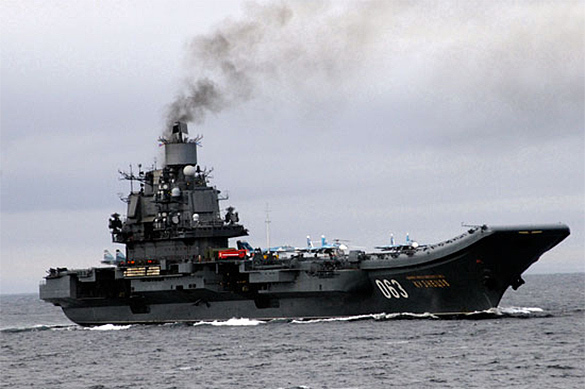 The modernization is to start in late May of 2017, RNS news agency reports. The ship will be repaired at a repair plant in the Murmansk region. Additional equipment for deck-based aviation and flight support systems are said to be installed.

Sources in the Russian navy also say that the Admiral Kuznetsov will receive updated anti-aircraft and anti-missile defense systems, such as Pantsir-S anti-aircraft missile system.

During the campaign in Syria, deck-based MiG-29K and Su-33 fighter jets of the Admiral Kuznetsov crashed into the sea. It was established that the two jets were technically flawless and could not be blamed for the incidents. According to representatives from the defense industry, it was most likely the bad quality cable that caused the two planes to skid off the deck and fall into the Mediterranean Sea.