Mi-28N helicopters not to operate without vodka

A technological wonder has been found by the Russian journalists. As it turned out, metal tanks with vodka are installed in the Mi-28N helicopters. The case is that the tank with vodka prevents the engine from stalling. 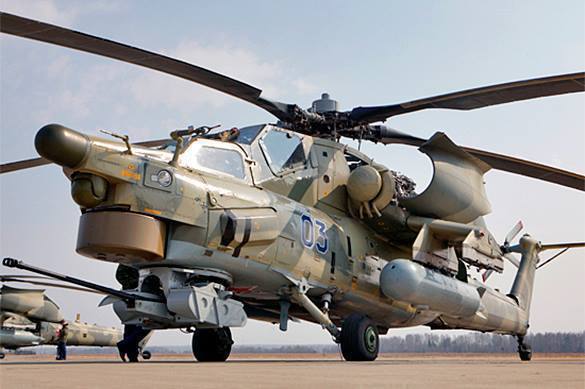 The experts have noted that there are special nozzles in the Mi-28N helicopters. That is what makes the device unique. 'Spirit mixture is injected when missiles are fired, which prevents engine's surging,' Aleksandr Chernyayev, head of the final assembly department at the Rostvertol plant, revealed.

As Pravda.Ru reported, the Mi-28N helicopters, known as Night Hunters, evidenced their effectiveness during fights for Palmyra.

The Mi-28N is an attack helicopter, meant for annihilation of armoured equipment, air targets and enemy fighters under active combat operations. It was designed in 1990s and has been actively used in service since 2005.