Russian Federal Space Agency Roscosmos has withdrawn all engines of second and third stages of the Proton-M carrier rocket. The engines have not passed firing tests, which may affect the timing of space launches from Baikonur Cosmodrome. 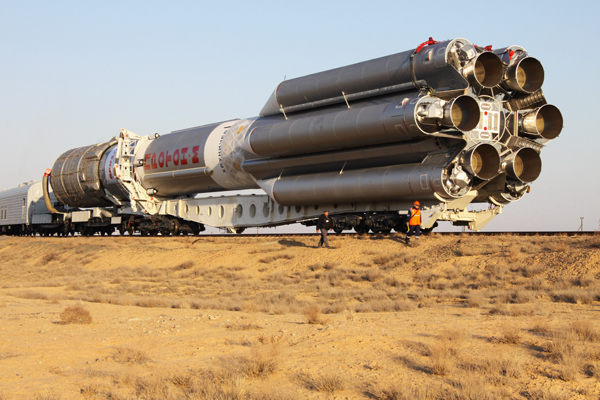 Problems were found for RD-0210/0211 and RD-0213/0214 engines of second and third stages for  the Proton-M carrier rocket. It was revealed that the materials with the use of precious metals that should be used for this time of rocket engines had been replaced with less heat-resistant components. It turned out that such materials had been used for the assembly of the above-mentioned rocket engines for several years already.

At the same time, quality control at the Voronezh Center named after M. Khrunichev has not detected any violations. FSB and Investigative Committee officers are already in the process to find out how the materials had been replaced if documents for the engines were in order.

According to the Kommersant, the investigation will push back the dates for Proton-M launches. The first of such launches in 2017 will take place as early as in June, although it was originally scheduled for February.

On May 16, 2015, a Proton-M rocket exploded during the launch. The investigation into the circumstances of the accident revealed that employees of the Khrunichev Center were guilty of the explosion. They were suspected of manufacturing the defective steering motor for the Proton-M carrier rocket.

The interdepartmental commission concluded that the accident was caused with the failure of the  steering engine of the third stage of the rocket due to increased vibratory loads that occurred as a result of the imbalanced steering rotor, the material of which was destroyed at high temperatures. The faulty engine was produced in 2013 at Voronezh Mechanical Plant. The damage caused with the destruction of the Proton rocket was evaluated at 578 million rubles.