Most Russians want Putin as Russian President after 2018

As many as 63 percent of Russian respondents believe that President Vladimir Putin should be re-elected for a fourth term, a poll conducted by Levada-Center said. 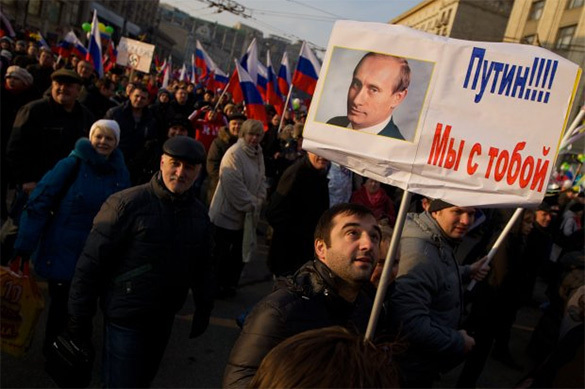 The number of Russians who want to see Putin as their President has been growing steadily during the recent years. The number has increased from 34 percent four years ago to 58 percent two years later.

Every fifth respondent does not want Putin to lead Russia after 2018. In 2012, there were 40 percent of such people.

Only a quarter of Russians believe in the possibility for a new candidate to appear before the end of Putin's current term. Forty-six percent of the polled believe otherwise.

Interestingly, a half of Russians believed in 2012 that Russia would have a leader, who would be able to replace Putin as president by 2018, while 23 percent thought otherwise, Interfax reports.

Noteworthy, Putin's approval rating reached 82 percent in late October. The high approval rating is based on people's support for the foreign policy of the Russian administration.