Russian Foreign Minister Sergei Lavrov reminded the United States of its bombings of Belgrade, Yugoslavia, when the US did not seem to care at all for civilian casualties. Today, the US tries to accuse Russia of war crimes in Syria, Lavrov said in an interview for Rossiya 1 TV channel for a documentary about Russian politician Yevgeny Primakov. 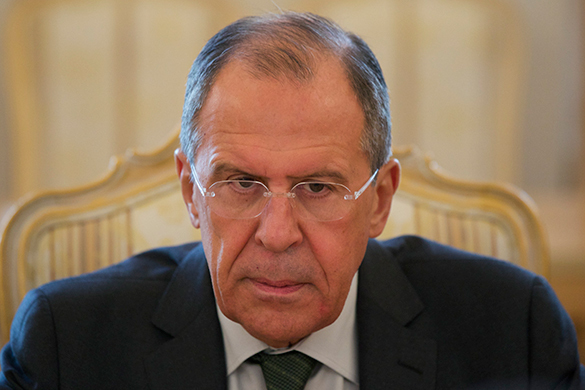 "When a true patriot, an experienced politician, an outstanding statesman, a man with great intuition, with an encyclopedic education - when he learned about the bombings of the Federal Republic of Yugoslavia by the United States, he did not see any possibility to continue "business as usual" with the USA. His plane made a U-turn in midair, and that U-turn meant that Russia could not but defend its truth in cooperation with other powers to achieve equal relations and mutually advantageous arrangements - this is the purpose that Russia has," Sergei Lavrov said.

"The aggression against Yugoslavia was, of course, an act of aggression, and it was also the first armed attack on a sovereign state in Europe since 1945. If we talk about it now against the background of what is happening around Syria, our Western partners, especially American and British ones, have already reached the level of public threats in their hysteria, using words such as "barbaric," "war crimes,"  said Sergey Lavrov.

"The aggression against the Federal Republic of Yugoslavia was fraught with attacks on a huge number of civilian targets, including, among other things, television of Serbia, bridges, on which civilian passenger trains were traveling and a lot more. Thousands were killed, including several hundreds of children, a quarter of a million of refugees, whom no one has ever thought of since then. If Russia, in Primakov's face, would not have reacted the way that he had reacted to such a blatant violation of international law, we wouldn't have probably forgiven that to ourselves for a long time, and our history would have had another very unpleasant page," the Russian Foreign Minister said.