Russia has found itself in top three most popular countries among the Chinese tourists. The number of tourists from China in 7-day holidays (1 to 7 October) on the occasion of the National Day of the People's Republic of China has increased by 103%. Korea and Japan are also among the leaders. 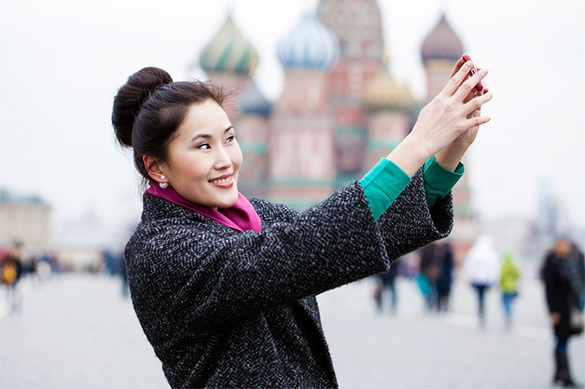 According to data of the Russian Minister of Culture, the citizens of China set off for tourist trips in Russia more often than other. Each year the country hosts about a million Chinese tourists. For the latest five years their quantity has grown 3.5 times. Experts note that there will be even 40-50% more of tourists from China.

Popularity of Russia among the Chinese tourists is explained with free-visa regime for groups under special intergovernmental agreement.

As Deputy Head of the Federal Agency on Tourism Sergey Konev told Pravda.Ru, the Chinese tourists had left the Germans behind two years ago. The majority visit the Golden Ring, Moscow, Saint Petersburg, the Silver Ring, Pskov, Novgorod, Karelia, the Vologodsk region.

'In 2015 we used to think that the peak was reached, as about a million of tourists from China arrived, both individually and in groups. But now we see even greater growth,' Sergey Korneev said.

As Pravda.Ru reported, Taleb Rifai, Secretary-General of the United Nations' World Tourism Organization, claimed at the St. Petersburg International Economic Forum that Russia was in top ten most popular places among tourists.