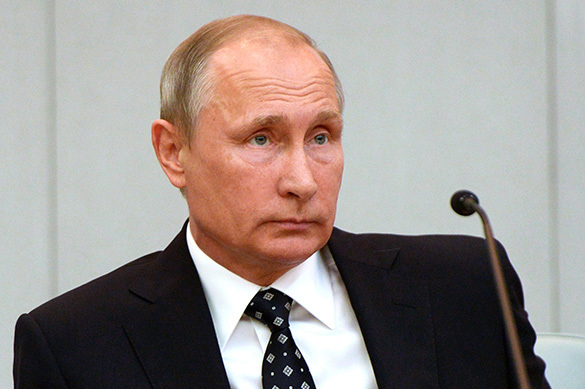 Russian President Vladimir Putin has decided to cancel his visit to France after it became known that the previously planned events had been excluded from the schedule of the visit. The visit may take place during the dates that would be suitable for French President Francois Hollande, Peskov said, RBC reports.

Putin was supposed to pay an official visit to Paris on October 19. According to Peskov, Putin was supposed to take part in a number of activities, in particular, in the opening of the Russian Spiritual Center. "Unfortunately, those events have dropped out of the program," said Putin's press secretary. As for the questions about the reasons, for which the events were canceled, Peskov told reporters that they should ask them to the French side.

Dmitry Peskov added that Putin was ready to pay a visit to France when it would be convenient for the French president. Accordingly, the visit may take place some other time.

According to French sources, Putin refused to go to France because of his unwillingness to bring down the agenda of negotiations to Syria only, Reuters said. According to the agency, Moscow and Paris had consultations, in which Moscow was suggested to exclude all other topics, except for the Syrian crisis, from the agenda of the visit.

The day before, on October 10, President of France Francois Hollande set out his doubts about the need to conduct negotiations with his Russian counterpart Vladimir Putin.