Putin to receive 450 roses for his 64th birthday

State Duma deputies decided to congratulate Russian President Vladimir Putin on his 64th birthday, by giving him a basket of roses. Such a proposal was made by United Russia member, cosmonaut and first woman in space, Valentina Tereshkova, the Rossiyskaya Gazeta wrote. 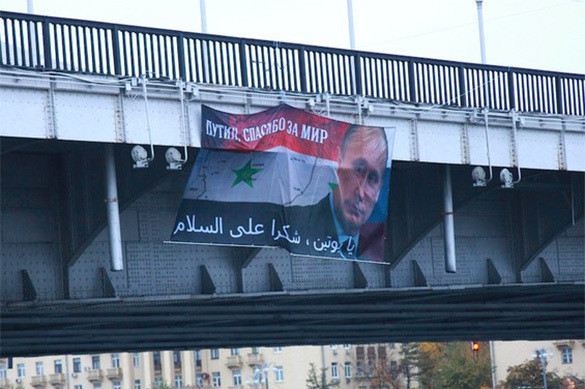 "Today is the birthday of our president, Vladimir Vladimirovich Putin. Let's congratulate him on behalf of the State Duma and wish him success ...Let's send him a basket of roses to express our  gratitude for his tireless work and our promise to work together with him for the benefit of our great Russia," Tereshkova said.

Also read: Who is Putin friends with?

She offered to send a basket of 450 roses - one rose from each MP. Speaker Vyacheslav Volodin asked deputies if they had any objections to the proposal, but no objection followed.

Noteworthy, on Putin's 64th birthday, a giant banner with Putin's image on it appeared on the Crimean Bridge in Moscow saying "Putin, thank you for peace" in Russian and Arabic. Putin's photo on the banner appears against the backdrop of the Syrian flag. Interestingly, a similar Putin banner that said "Peacemaker" appeared on the Manhattan Bridge in New York City.

In 2014, Putin took a day off for his birthday for the first time in 16 years and went for the trip in the taiga (Siberian forest). In 2013, he celebrated his birthday on Bali, where the APEC summit was held. When Putin entered the conference room in the morning, Indonesian President Susilo Bambang Yudhoyono took a guitar and started singing "Happy Birthday to You."