Russian Army General: Americans have good reasons to be afraid of S-300 in Syria

Former Chief of Staff of the Russian Armed Forces, Army General Yury Baluyevsky, said that the deployment of the S-300 anti-aircraft missile system in Syria was purely a defensive measure that Russia took. 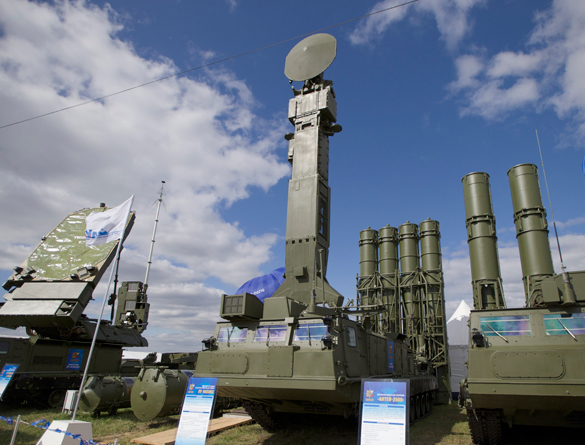 Baluyevsky said that the "battery of the S-300 anti-aircraft missile system, together with the deck-based air defense system of the Russian operational fleet will create difficulties for possible attacks on the facilities of the Russian troops stationed in Syria."

The United States believes that the deployment of the Russian S-300 system in Syria may pose a threat to aircraft of the US Air Force in certain cases.

Baluyevsky, commenting on statements from American experts, who said that Russia's battery of S-300 was directed against NATO aircraft, said that such estimates were "not groundless."

According to him, nothing prevents the Americans from supplying drones to terrorists in Syria, and the damage that UAVs may cause can be just as considerable as the damage caused by combat aircraft. According to the general, it was the Americans, who shipped TOW antitank systems to the so-called Syrian armed opposition, "and those systems were used against our helicopters," Baluyevsky said.

He also added that Russia was not going to enhance its presence in Syria with the help of strategic aviation, but Russia could still provide military and technical assistance to the armed forces of the Syrian government.

The US is nevertheless ready to intervene in the conflict in Syria on the side of the opposition to force the Assad regime to make concessions.