Russia not to trust Erdogan

The Turkish president Recep Erdogan is to visit Russia on 9 August. The data was confirmed by the Turkish Deputy Prime Minister Mehmet Şimşek at the talks with his Russian counterpart in Moscow. 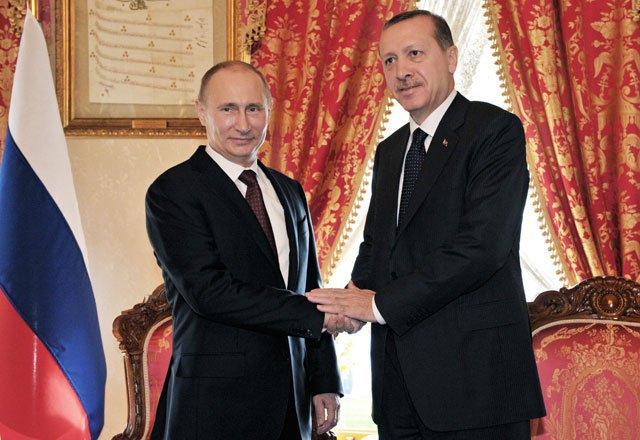 It is reported that Erdogan may meet with Vladimir Putin.

The Russian turkologist Mikhail Meyer told Pravda.Ru what we should expect from this visit.

'It's a very important visit. For example, I have a group of students from the Institute of Asian and African Studies who were invited by a Turkish university after they had won a contest there at the beginning of the year. Parents lay siege to me and ask whether they can send children there. I said them 'No'. So the first thing which should be done is to stop this military bacchanalia and normalize relations between our countries,' the expert told Pravda.Ru.

Despite Erdogan's apologies many believe he can't be trusted.

Meyer said 'politicians don't have such a notion as credence, they don't trust anyone. It's a well-known fact. But it's in the interests of Erdogan today to improve relations with Russia. Because he found himself an outcast in the East, in the West, and in the North (by Russia).

He intended to become one of the main surprises for the EU, the only ally, as he used to say, and now it's important for him to find just one side which would support him or improve relations with him.

I believe that is his plan. And then Turkey will have good relations with Iran, and Russia. That is to some extent a more serious breakthrough.

Erdogan has chances to be understood in the Kremlin. Only Russia reported of the assassination attempt on him.

However, one shouldn't trust Erdogan after all,' Mikhail Meyer concluded.