Deputy Press Secretary of the White House Eric Schultz said at a recent press briefing that the policy of US President Barack Obama's contributed to the maximum isolation of Russia. Pravda.Ru asked an expert opinion on the subject from historian and sociologist Andrei Fursov. 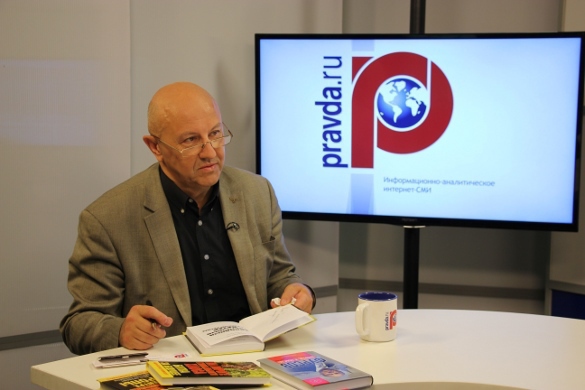 "This is a groundless statement. To all appearance, Obama and those who follow this standpoint do not see the world beyond the USA and Western Europe. Yet, there is China, India, Latin America. In addition, if we take Western Europe, Russia's business relations with this part of the world have shrunk, of course, but they have not stopped. Therefore, there is no isolation.

"Obama's foreign policy seems to be a complete failure, and the outgoing US administration needs to somehow save face, make a good face on a bad game. The statement about Russia in isolation because of Obama's policies echoes Obama's another statement about the Russian economy being in tatters. This is ridiculous. This is what they call wishful thinking," the expert told Pravda.Ru.

According to Eric Schultz, the sanctions that the West imposed on Russia after Crimea's accession to Russia have led to the decline of the Russian economy by one-sixth. At the same time, American business media and news agencies report about the competitiveness of the Russian economy and its growing ratings.

"Obama is going down in history as one of the weakest and talentless US presidents, he needs to have something to be remembered for, and this is one of such attempts," the expert told Pravda.Ru.