In Russia tractors and tanks are vodka-operated

A farmer from Moscow region uses moonshine to fuel its tractor. Such a modification of Lipetsk plant tractors was known during the WWII. 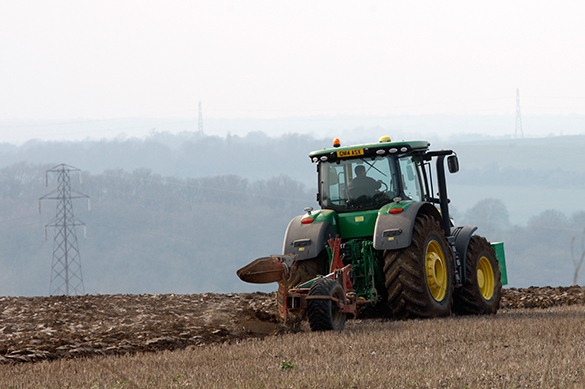 Some months ago farmer Dmitriy Zamyatin carried out an experiment: he fueled the tank with local moonshine instead of common diesel fuel. The result exceeded expectations. The tractor drove, produce of moonshine went up, while local people stopped drinking at all, 360 Channel reported.

'First of all, diesel fuel is two times more expensive than moonshine, second, nobody drinks in the village, as farming and excessive drinking are incompatible. So, we have to pour it only in tractors. We have improved it a little bit, so it well vodka-operated,' the inventor said.

But the secret is not in firewater, but equipment. The only spirit-operated tractor was made almost half a century ago at the Lipetsk plant.

In the USSR tanks were fueled with moonshine during war. At the time, the Lipetsk plant fixed up about half a thousand tanks and sent them back to the front line.